You must register in order to be able to participate in this free Rotary Club of New York Zoom meeting.

Apr 18, 2018 8:30 AM – 10:00 AM at the UN Church Center – 10th floor
at 777 United Nations Plaza, New York, NY 10017 RCNY’s featured speaker will be: Jonathan Granoff, President of the Global Security Institute, Sr. Advisor & Special Rep. to the U.N. for the Permanent Secretariat of the World Summit of Nobel Peace Laureates, and Chair of the Task Force on Nuclear Nonproliferation of the International Law Section of the American Bar Association, among other offices.

Mr. Jonathan Granoff, President of the Global Security Institute, Senior Advisor and Special Representative to the United Nations for the Permanent Secretariat of the World Summit of Nobel Peace Laureates. Chair of the Task Force on Nuclear Nonproliferation of the International Law Section of the American Bar Association, and Ambassador for Peace and Security of the Parliament of the World’s Religions. Focuses advocacy efforts on the legal, moral, political and spiritual dimensions of peace with a particular emphasis on the rule of law and elimination of nuclear weapons. On numerous advisory and governing boards such as Nuclear Age Peace Foundation, Lawyers Committee on Nuclear Policy, Middle Powers Initiative, Parliamentarians for Nuclear Nonproliferation and Disarmament, and the Jane Goodall Institute. Fellow in the World Academy of Arts and Science and recipient of numerous awards such as the Arthur E. Armitage, Sr. Distinguished Alumni Award of Rutgers University School of Law. Award-winning screenwriter of The Constitution: The Document that Created a Nation, and has articles in more than 50 publications and books including: The Sovereignty Revolution, Toward a Nuclear Weapons Free World, Imagining Tomorrow, Analyzing Moral Issues, Perspectives on 911, Toward a World In Balance, Reverence for Life Revisited, and Hold Hope, Wage Peace. Featured guest and expert commentator on hundreds of radio and television programs, and testified as an expert in the US Congress, Parliaments of the UK and Canada, and at the UN numerous times. Nominated for the Nobel Peace Prize in 2014.

The speaker for the Rotary Club of New York’s Greek Independence Day Celebration was Senator Michael Gianaris who was elected to the State Senate in 2010 with over 81% of the vote after a decade of dedicated public service in the State Assembly. He is the first Greek-American to be elected to office from New York City and has served his community and state with unique effectiveness. 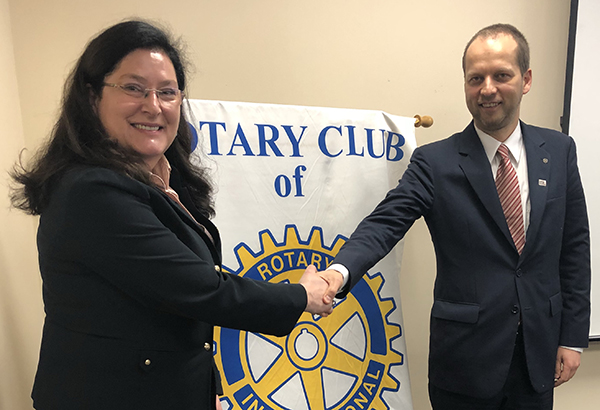 On February 21, 2018, the Rotary Club of New York, Host Club #6, hosted the Permanent Representative to the United Nations of the Republic of Latvia, Ambassador Jānis Mažeiks at the United Nations International Breakfast meeting.  The honorable Ambassador also spoke about the Security challenges in the Baltic region and answered many questions about the status of Latvia in the region, its economic qualities and challenges with Russia and in general. In addition, the Ambassador spoke about Latvia’s promotion of multicultural educational integration to avoid minority ghettos. Latvia’s government sees language as a central element of identity and 60% of their classroom teaching is bilingual with 8 languages taught in their school system. RCNY’s newest member Laura Cristanelli, who also arranged for the Ambassador to speak at the RCNY meeting,  was inducted at the beginning of the meeting. 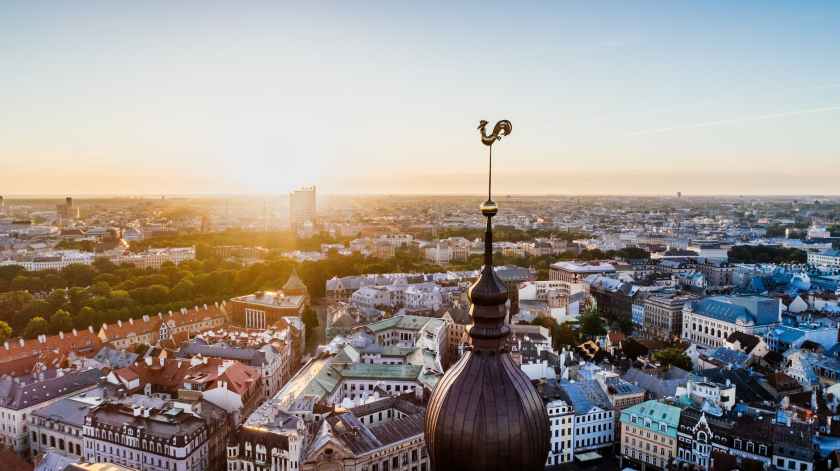 As an Assistant Professor & Practicum Coordinator for TESOL and Bilingual Programs at Touro College, Graduate School of Education my focus is on the Responsibility to Touro Students (Teaching), Responsibility to the Discipline (Scholarship), and Responsibility to Touro College and Community (Service). As the Practicum Coordinator, my Teacher Professional Practice identifies those aspects of a teacher’s responsibilities that have been documented through empirical studies and theoretical research as promoting improved student learning. In the framework, the complex activity of teaching is divided into the seven New York State Annual Professional Performance Review (APPR) Standards for teacher evaluation that are clustered into four domains of teaching responsibility (as framed in the Teachscape Danielson Rubric approved by New York State). I strive to inspire students to be creative and to model the love of lifelong learning by inculcating the habits and attitudes that create agile mindsets. 21st-century education extends well beyond the classroom and incorporates online learning technologies for L2 language acquisition and current global trends in teaching English as a Second Language. I participate fully in the larger world of TESOL academic discipline as elected Vice President and Chair Elect for the New York State, NYSTESOL organization, for the 2021 conference. Ongoing research, expressed in scholarly contributions to the advancement of knowledge is demonstrated through publications (articles in Education Update), presentations, and participation in academic conferences, blogging, and other scholarly activities, including public performances and exhibitions at conferences and workshops. Of particular interest to me are The Blockchain of Things and its implications for Higher Education; Current Global Trends in TESOL; Developing Materials and Resources in Teaching English; E-learning & Micro-Methodology in TESOL; E-Resources Discovery and Analysis; and Language Acquisition and the Oculus Rift in VR.